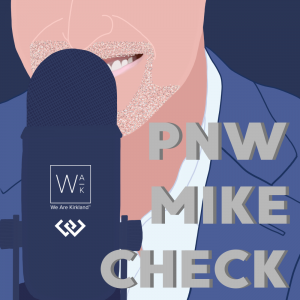 This past week our country came out to vote on the national, state, and local levels. This past week we also had the chance to sit down with Nathan Gorton, Government Affairs Director at Washington Realtors. Throughout this episode of the podcast we were able to learn from Nathan as he shares his journey, and sheds light on how the process of the Washington Legislature works.

Nathan began his political journey in college when he saw an ad in the newspaper for an internship on a congressional campaign. After that he worked on many types of political races from city ballot issues to congressional campaigns in Washington. Looking to turn his love for politics into a career, Nathan worked his way to becoming Government Affairs Director. For the past 10 years, he has served the needs of realtors and people  in Washington.

Each day looks different for Nathan as he manages the government affairs department which includes lobbyists and a PAC Fundraiser. He is the main manager of the political action committee, which is very busy during the thick of the election season. Additionally, he is a part of the federal lobbying team.

Making a big impact is just part of the job. But with this impact comes its own challenges. Throughout his career in politics, Nathan has learned a lot about working with people with differing opinions. His job is to understand everyone’s side and make the best decision possible for the people. When asked what he does each day to be successful he said,

“I like to read as much as possible and talk to as many people as possible. I see the legislative process as a puzzle I am trying to put together.”

To learn more about how Nathan puts this puzzle together, listen to the latest episode of PNW Mike Check on Apple, Spotify or watch below!

New Construction - Where Are We Now?